Canada’s government stated “it would have been a burden on the government’s funding for special education.”

A mom came to Canada in 2007 to participate in the Canadian Caregiver Program with the dream of giving her deaf daughter a better life.

The Canadian Caregiver Program hired many foreign workers to help with live-in care services which were high in demand then. (Live-in care services are when the worker goes to live with the disabled client and care for them.) Karen Talosig, the mother who came to Canada to work, has a deaf daughter she’s raised on her own with the help of her own mother in the Philippines.

The government further added that they could not afford the “extra $91,500 for five years to cover health-related services.” The Burnaby school board and the British Columbia Provincial School for the Deaf had statistics and evidence that this would not be the case.*

The news outlets found out about Talosig’s situation and a public outrage was sparked. Talosig’s clients’ parents spoke up for her, protesting to the Canadian government in support of Talosig. Many in the public did the same, they protested the government and spoke about Talosig’s case on the news media outlets, making it a very public case.

With pressure from the public, Canada’s government reopened Talosig’s case and reviewed it. They removed the original rejection and finally granted both mother and daughter their permanent residencies in June 2015.

Talosig was overjoyed with the news and made arrangements to move her daughter here, which included: securing a house to rent for living, a school for her daughter to attend, and deaf summer camps for her to attend to prepare for school in September. 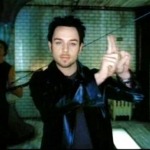 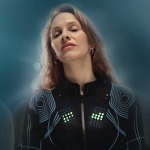