People said that he was deaf because sound was too scared to go near him!

James “Deaf” Burke was born deaf and all his life was a humble laborer in London, training in his free time. He became so strong that the champion at the time, Jem Ward, refused to fight him out of fear and gladly gave the heavyweight title to him.

He was 6’2″ and over 200 pounds, he was an intimidating figure already. Then an Irish boxer challenged him, they fought a brutal fight that lasted three hours. After the fight, the Irishman sustained injuries and died from them three days later. Burke was tried for murder in England, but was let go on the basis that the murder was accidental.

After this, everyone was afraid to fight him in Europe, so he traveled to America to search for challenges.

It was in America that he was challenged by Simon O’Rourke, the fight went on for three rounds and O’Rourke was already in a bad shape. O’Rourke was a very popular fighter in the Irish immigrant community in the United States, he had many supporters cheering for him at the fight.

When O’Rourke started to show signs of losing, the fans were so angry that they rioted against Burke. Burke was forced flee on horseback for his life, ending the fight.

Near the end of Burke’s life, he won three more fights against champions before catching tuberculosis and dying at the age of 35. 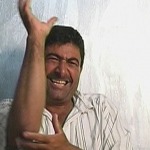 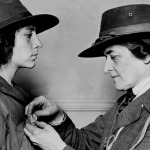