Native Americans needed it for communication back then!

Originally the Native Americans developed sign language to use with other tribes because they each spoke a different language. The sign language system became very useful for communicating with the new European settlers. Communication was important for trading and survival, they developed a sign language that was understood by everyone.

The sign language system that they used is different from ASL and was more gestural. It was easily understood by everyone, hence why they used it.

Another example of a hearing culture using sign language in everyday communication is the Chinese-they have non-verbal communications for restaurants and crowded marketplaces. They have signs for “thank you,” “more,” and the numbers for how many they want to buy. 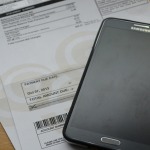