John Goodricke is a deaf astronomer who is a member of the Fellowship of Royal Society since 1786; he made the modern measurement of the stars possible.

He recieved the Copley Medal for his work on periodic variation and size of stars such as the binary star Algol.

Originally born in Groningen, Netherlands, Goodricke’s family moved to England when he was small. Goodricke battled an unknown disease that caused his deafness when he was very young. When his deafness was discovered, he started at the well-known deaf school in Edinburgh, Thomas Braidwood’s Academy.

Braidwood’s Academy was the first deaf school of any kind in England. It was expensive to attend, fortunately Goodricke’s family could afford it. His father was a British diplomat and his grandfather a sitting member of the Parliament. Goodricke received his education in sign language, lip-reading, math, science, reading, and composition.

By the time he graduated from secondary school at Warrington Academy, Goodricke already had strong interest in astronomy.

When he moved back in with his family in York, Goodricke met his parents’ neighbor, Edward Pigott who became his closest friend.

Pigott’s father had built a private observatory in his backyard; he wanted to observe the blinking of the stars. Edward Pigott was part of the project too and he enlisted Goodricke to observe as well.

Pigott gave Goodricke a list of stars he felt were worth observing, Goodricke set to work on watching them. Every night he sat outside recording the stars’ behavior over periods of time.

Goodricke observed the stars shining and dimming with their own intervals. He discovered an entire class of stars, the Cepheid variables within the constellation Cepheus. Beta Lyrae’s variables were discovered by Goodricke too.

While observing the bright star Algol, he discovered that its blinking light had a sequence to it. Algol would be bright for close to three days before dimming for ten hours and repeating the process. Goodricke theorized that there was something eclipsing Algol.

In 1786, Goodricke was approved for membership into the FRS and given the Copely medal. Unfortunately he died four days later from pneumonia at 21 years old.

One hundred years later, Algol’s eclipse by a dark body would be proven correct by Edward Pickering. (Pickering had notable deaf astronomers Henrietta Swan Leavitt and Annie Jump Cannon on his team.) He discovered that there indeed was a smaller star eclipsing Algol.

Goodricke’s contemporaries used his observations to further develop measurement and classification systems for the different types of stars.

After his death in 1786, the York Treasurer’s House posted a plaque to memorialize Goodricke’s achievements and contributions to the field of astronomy. In its archaic words, it describes:

“From a window in Treasurer’s House near this tablet, the young deaf and dumb astronomer John Goodricke who was elected a Fellow of the Royal Society at the age of 21, observed the periodicity of the star ALGOL and discovered the variation of DELTA CEPHEI and other stars thus laying the foundation of modern measurement of the Universe.”

In 2021, the The Goodricke Deaf Appeal Fund in York, England rallied to have the plaque changed and updated to today’s terms by removing the outdated “deaf and dumb” nomenclature. The newly updated plaque was revealed in a ceremony on September 19, 2021 and simply reads:

The asteroid 3116 Goodricke discovered in 1983 is named after him!

When the next time you gaze at the sky and see Cepheus, Lyrae, and Algol, think of Goodricke!

For Deaf Astronomer John Goodricke, The Sky Was No Limit 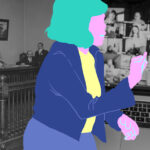 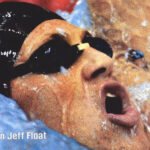